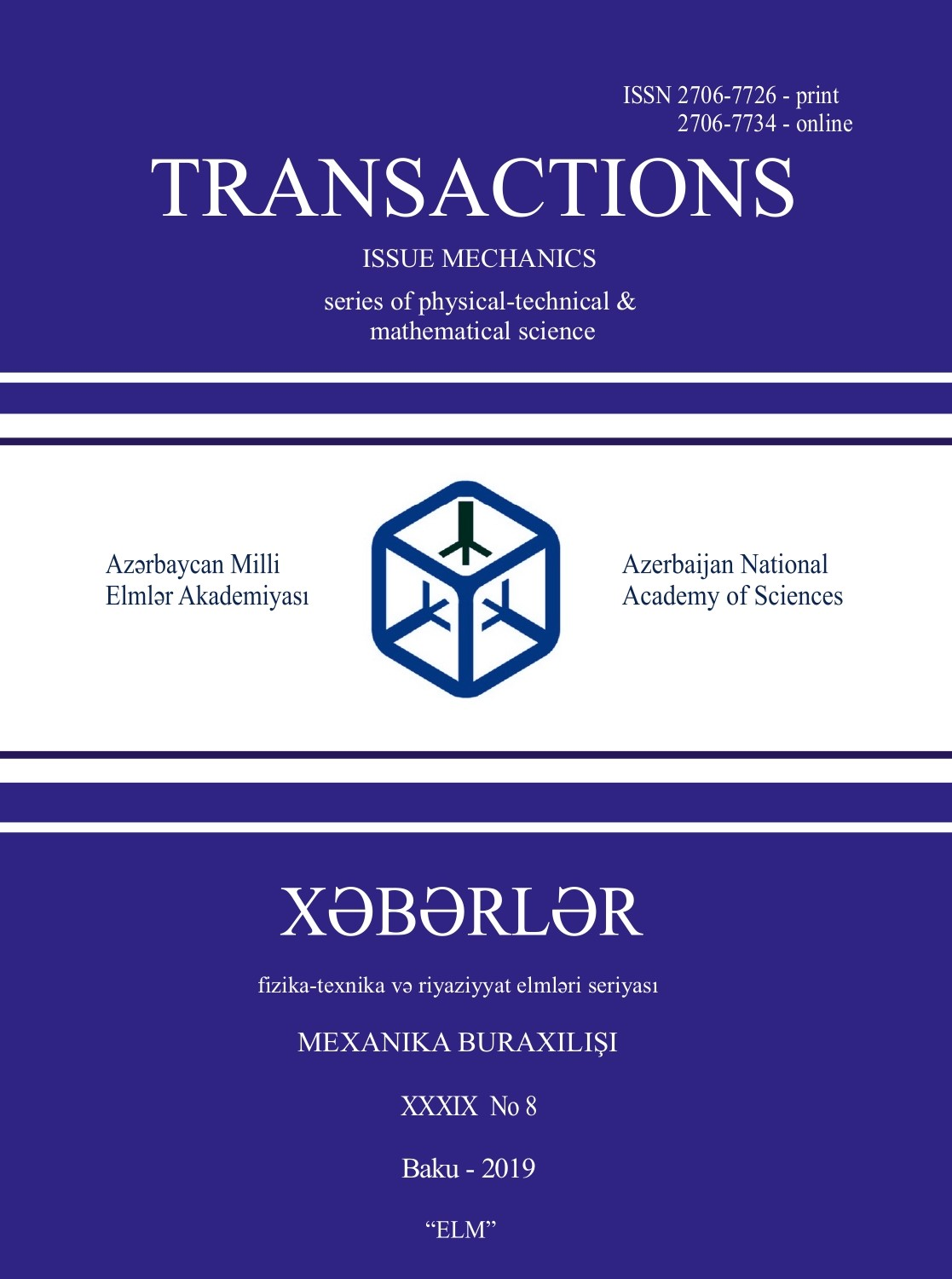 Electro-mechanical energies of the PZT/Elastic/PZT sandwich circular plate with penny-shaped interface cracks under action of the normal opening forces on the cracks’ edges
by Fazile I. Jafarova

On the problems of tension, twisting and bending of ropes
by Natalya V. Kurbatova, Evgenii N. Portnov and Yuriy A. Ustinov

On the solvability of the inverse boundary value problem for the equation of transverse vibrations of an elastic beam
by Yashar T. Mehraliyev, Yusif M. Sevdimaliyev and Khalid B. Mamedov

Scattering of the internally reinforced damaged pipe in a cylindrical form with active material
by Yusif M. Sevdimaliyev, Sahib A. Piriev and Esmira M. Mustafayeva